Honesty Is Such a Lonely Word

My husband often tells me that I am too honest and that it makes people uncomfortable. The challenge for me is that I don’t know any other way to be. I don’t think about it; it just happens–the way my crazy, curly hair just grows in mad curls.

Now, if I’m going to be less than honest or outright dishonest (which I truly struggle with because, well, lying sucks), I have to really think about it. The words just don’t roll off my tongue if I am having to tell someone something but not everything. In fact, I know a few people who are seriously talented liars and they can lie with the most genuine tone and sincerest of facial expressions. I’ve seen them do it, repeatedly, and it’s scary.

I also wonder how it makes them feel. Accomplished, perhaps, because they got one over on someone? Guilty because they know what they’re doing and just can’t help themselves? Or maybe they don’t think on it at all because they lied to serve a purpose and, for them, that makes it okay? I don’t know.

But me, I’m pretty bad at lying. Even if I’m saying the lying words my tone and body language give me away. I could never be a professional poker player (though I would look pretty cool sitting at the table with some dark glasses and a leather jacket). No, definitely not a skill of mine. Many may value honesty and think it virtuous, but coming by honesty naturally has its shortcomings. As I mentioned earlier, it makes people uncomfortable and afraid of what you’re going to say when you respond to questions or news or even just make observations. Those situations where many in the room know what’s going on (which, I seriously doubt–but that’s another post), are all thinking the same thing, but no one says it–I’m the one who actually comes out and says it.

And you know those (dangerous) questions like: “How do I look in this?” or “Do you think it’s a good idea?”

Well, I answer them honestly, of course. But, guess what? Most of the time people really don’t want to hear what you think; they want to hear what they think. Took me a while to work this out (stop laughing). And by the way, I don’t ever mean to offend people (unless I do mean to, of course), I’m just trying to give the honest answer to their question. Honestly.

I think, sadly though, that honesty does have a lonely quality about it. Being honest means saying how it is, sharing what’s really on your mind–and that’s a place where you pretty much have to stand alone. I do know there are different ways in which one might express the truth and, I swear, I have tried to teach myself to learn how to better communicate my thoughts so that I don’t scare people off or make them uncomfortable. But it’s taken a long time, and I’ve got plenty of distance to go before I master non-offensive honesty 101. And besides, really, what’s so bad about the truth? Sometimes I just don’t get it. 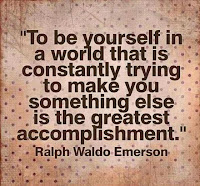 Hopeless rantaholic. Lover of witches, wizards, goblins, Disney creatures and characters and land, education, sarcasm, mocking humankind, and, above all else, my family.
View all posts by thekayemar →
This entry was posted in The Human Side and tagged dishonesty, honesty, loneliness, lying, outspoken, truthful, uncomfortable. Bookmark the permalink.

What do you think? Cancel reply